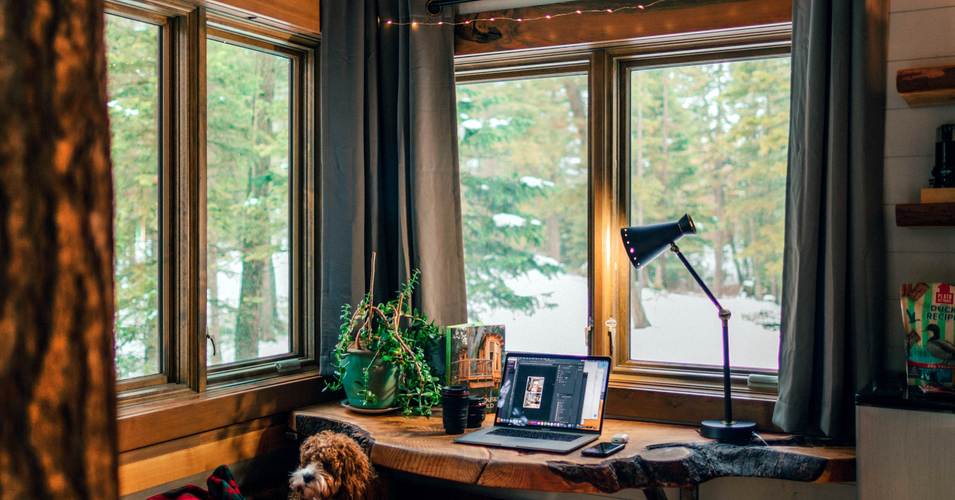 The protests of the employees have defeated the policy of returning to the office three days per week that the iPhone manufacturer wanted to impose. On the other hand, Airbnb has made the choice of 100% teleworking and no longer believes in working at the office. Guess on which side modernity is?

The resistance of the employees will have won over the plans of Apple's general management. The American giant had recalled its employees who had previously been teleworking, due to the Covid-19 crisis. All for nothing: the return to the office three days a week won't happen. At least, not right away.

The project has been postponed because of the resurgence of the pandemic, says the Cupertino firm. This is the official version. Much more likely, it is the turmoil caused by the teams that forced the leaders to reexamine their decision. As of May 23, they were supposed to return to the premises on Mondays, Tuesdays and Thursdays. This will not be the case in the end, with a presence on site limited to two days a week, as it has been the case since the beginning of April (and the rest, therefore, in telecommuting).

Towards a wave of resignations?

For Apple, the damage is already done. To protest against the policy of returning to the office, Ian Goodfellow, "Mister" artificial intelligence and machine learning of the iPhone manufacturer, did not hesitate long. He chose to resign and will join Alphabet, Google's parent company, whose telecommuting policy is less rigid.

In a note to his staff, Ian Goodfellow explains that he "firmly believes that more flexibility would have been the best policy for my team". He is not the only one to think so. Other departures are expected.

Could it be that the Apple group, which has made innovation the driving force of its business, is stuck on old patterns of thinking when it comes to addressing the issue of teleworking? In any case, the mistake made is certainly strategic. At a time when the war for talent is raging, employees are more than ever in need of flexibility. And it is this last term that is the key word and provides the final word in the story.

Now, for employees, the concept of remote work - the so-called remote jobs - is not just about working from home (or from the location of their choice). While the hybrid work (combining office days and teleworking) is currently the one that tends to prevail, employees also want to be able to determine themselves which days will be face-to-face and which ones will be worked remotely.

This is a demand that is strongly emphasized by the EY 2021 Work Reimagined Employee Survey. According to the survey, 90% of employees surveyed believe they should be able to choose when and from where they work.

Brian Chesky understands this very well. Unlike Apple executives, the Airbnb CEO decided to "liberate" his 6,000 employees by pushing telecommuting and its associated flexibility to its logical conclusion. The latter were to return to their offices before September 2022. In fact, the exact opposite is happening, as they are now being given the option to work remotely on a full-time basis (fully remote jobs).

"Remote work has become one of the company's development drivers... It's a good way to encourage employees to test the service they offer to their customers themselves, explains Brian Chesky.

In a tweet to his employees, he even said that "companies that limit themselves to a talent pool based in the same area as their offices will be at a huge disadvantage in the future."

He adds. "The office as we know it is over. It is an anachronistic form from a pre-digital age", in other words, without a future.

As far as teleworking is concerned, the game of modernity has a winner. Airbnb 1 - Apple 0.