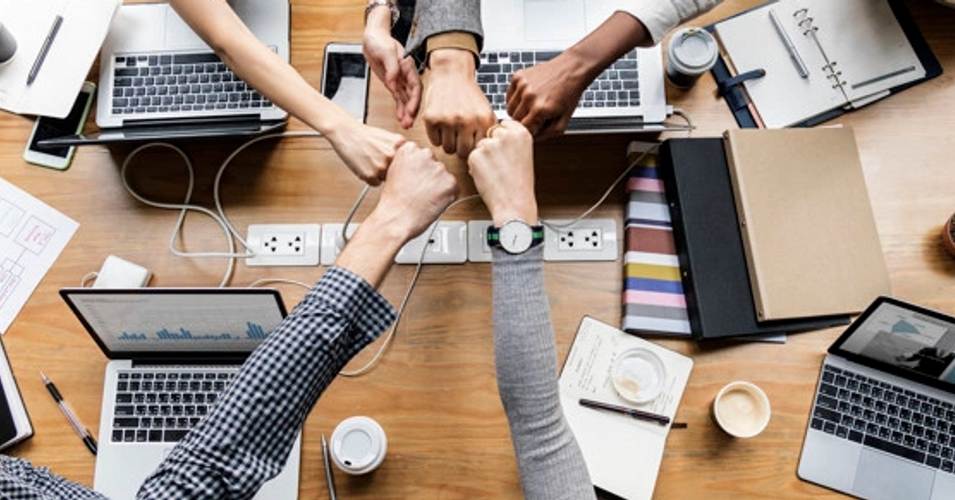 Slow-work enthusiasts question our notion of performance at work and our relationship with time. Focus on a concept that makes well-being at work a central value. With the smartphone on their right ear, the tablet on their knees and their eyes glued to the PC, both Eric and Julie are trying to finish their seemingly endless list of tasks by the end of the morning. Time is running out, they were both told: be efficient. And in order to do that, they have to work fast, faster and faster. Is that so? Really ? And what if we instead sloooowed dooooown? In this era of instantaneity made possible by digital tools, it's an impossible mission, you may object. On the contrary, that's exactly what should be done, exclaims the proponents of slow work , for whom its adoption is a response (at least partial but effective) to the phenomena of burnout, boreout and brownout, and allows us to leave all the room for pleasure at work. In itself, the notion of slow work is nothing new. The concept is the child of the slow food movement. Born in the 1980s, it encourages people to reappropriate the pleasures of the table with their loved ones to make meals a moment of sharing and discovery. It then gave rise to multiple variations and eventually penetrated the corporate world, thus giving birth to the concept of slow working.

According to Diane Ballonad Rolland, founder of the firm Temps & Equilibre and author of the book Slow Work - 10 self-coaching sessions to work less but better (Vuibert), "With slow work, the idea is to rethink one's relationship with work and one's time management. The objective is to be efficient without getting exhausted, to achieve one's objectives by working slower. More than a philosophy, it is a gentle revolution, which is opposed to what we see in companies today. Rather than short-termism, the cult of performance and multitasking, which are harmful to health, slow working puts work back in its proper place. It gives priority to quality over quantity. The idea is to work intelligently, rather than excessively. "1 It's clear: it's not a question of working at a turtle’s pace, but of rethinking the very concept of work performance. Is it a question of being productive or exhausting oneself? By slowing down work, you give your body the opportunity to regenerate itself. Stress will gradually disappear, giving way to increased concentration and creativity. Performance is multiplied over the long term.

Here are the three main principles underlying the implementation of slow work:

- Be attentive to what you are doing
Work with concentration, knowing that it is normal to have periods when you will move a little slower. This will make a difference in the work you produce later.
- Simplify the work as much as possible
See if it is possible to exchange tasks you don't like with a colleague who doesn't mind. And vice versa, of course. This way, everyone can focus on the actions they are most comfortable with. This avoids wasting energy and time.
- Remaining curious and open to colleagues' opinions
You have to remain open and transparent with your colleagues, your manager, your clients, etc. It will be easier for you to get an idea of what they are concerned about or to see that they are having difficulties in one area or another. If you go to them, they will come to you, and it is together that you will find new ideas to develop. Slow working is also teamwork. But also a company project.
Indeed, because you cannot be a slow worker alone in your corner, the implementation of slow work in an organization must be supported by everyone, and first and foremost by the management.

More and more companies are becoming aware of this. An example is Microsoft, which in 2019 tested the 4-day work week in Japan. The result was a real increase in employee well-being, with 92% of employees stating that they prefer the new work organization, and a productivity boost of nearly 40%. Something to think about...

How do I know if a corporate culture suits me?