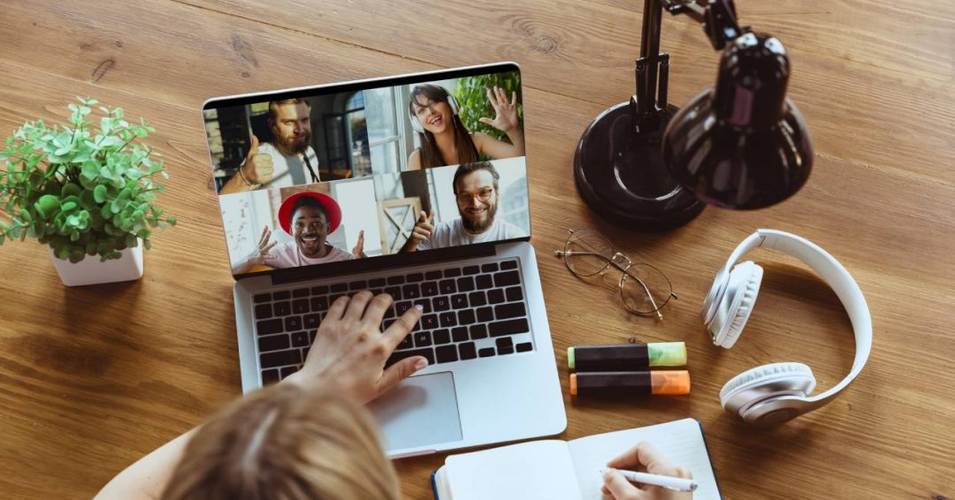 I have always been surprised by the “dependence” of an employee on his company, a bit like a child on his parents.

We carry out orders, follow rules, while trying to achieve our goals, in a framework that can be described first of all by its rigidity.

In fact, in return for a salary, we belong in a certain way (for 7 to 10 hours a day) to our employer.

FREEMOTE TO FREE UP WORK

Are we prisoners of our job?

Yes, it seems to me that we are in a way prisoners of our job. Think about it: exclusivity clauses, compulsory working hours, limited rest (which has to be approved in a binding process) are just some examples among many others. In short, we have been used to following rules imposed by our company. Of course, the company pays us. But does this necessarily justify the thickness of the straitjacket in which we are placed?

The salary and the benefits associated with it chain us to our work.

Of course, in addition to salary, companies offer other benefits, the idea being, especially as the war for talent rages, to be able to 'retain employees' with an (increasingly large) range of 'benefits' such as health insurance, an additional pension, a company car, free meals, etc. On the other hand, all of these are welcome.

But on the other side, all these elements constitute a succession of obstacles which have the effect of locking us into our current employer.

An illusion of protection

This protection can be explained in many ways (health insurance, social benefits, etc.) but it is above all psychological. Just as No. 6 was a prisoner of the Village, we are also prisoners of our own psychology. Our company gives us status, we exist through it and we all feel that it protects us. But at the cost of real confinement.

Shouldn't we all be free? To be able to choose when, with whom and how to work?

The future of wage employment

Wage employment is relatively recent, having developed during the industrial revolution. The status of employees has evolved considerably since its creation, introducing for example: a minimum wage, weekly rest, social protection, extra-legal benefits, etc. All of this, it must be said, has largely contributed to the necessary reconstruction that followed the Second World War and allowed the emergence of the “Glorious Thirty”, a period of growth that has hardly any equivalent in history.

Times have changed. Today, the technological revolution is putting an end to the industrial era! We must therefore think differently and reinvent ourselves completely. Will this new paradigm also eventually put an end to the status of employees?

The concerns of Generation Z differ greatly from those of their elders. For them, protecting our planet is the number one priority.

The consumer society in its current form, a consequence of the industrial era, is probably coming to an end. Consumption habits are changing and the Western world is becoming aware of the abuses. It is more necessary than ever to rectify the situation.

This change of era will not be without consequences for the evolution of work and its organisation. What if Freemote was the future of work ?

The evolution of the world of work #Futurofwork :

Towards the end of the permanent contract...

It is our conviction that the employment contract in its current form will gradually disappear to make way for more flexible contracts, giving more freedom and less subordination to the employer (or even eliminating them altogether). Contracts will no longer be linked to a function within a company, but to a specific project or assignment which, of course, can be long term and endlessly extendable/renewable. More and more companies are organized and structured in project mode. The advantage of this model is that it brings a lot of freedom and therefore almost no control from the company.

We will work shorter hours...

35 hours/week, 5 weeks of holidays/year... the concept of "metro...work...sleep" 5 days a week will also be progressively abandoned by many to give way to a more flexible mode with variable hours according to the missions, longer holiday periods, in short we will work less. Hourly income will increase but the total number of hours worked will decrease. Of course, average household income will also fall, but it will do so in correlation with the loss of momentum of over-consumption. In short, we will need less money to live well (and probably better).

Offices will reinvent themselves...

The Covid-19 crisis has accelerated the twilight of business centres (like La Défense). This tells us a lot about what the future will look like, at least for executives and "white collar workers": no more fixed offices, we will work from home, from a "flex-office", a meeting room rented by the hour, a café, a residence in the countryside... The concept "I leave home at 7am to find myself in an hour and a half of traffic (and the same on the way back)" is over! It is no longer inevitable that we all have to be in the same workplace to be productive.

The concept of the boss, who gives orders and instructions, is less and less adapted to today's jobs. Automation has made it possible to delegate the most repetitive and time-consuming tasks to computers. Creativity is one of the most sought-after skills today (even in the more operational functions). Indeed, we are now asked to do what a machine or a computer cannot do. We are therefore increasingly independent, working on specific missions, with precise objectives. 80% of yesterday's jobs will no longer exist tomorrow, these new jobs being created no longer require (or almost no) supervision. The role of the boss will be reinvented! There will be fewer "Managers", and more "Doers" and group leaders!

We launched our company in July 2020, at the end of the first wave of Covid.

The majority of the people working on the project had not had the opportunity to see each other physically. I met Alexandre (co-founder) at a virtual event (in March 2020), and we decided to embark on this crazy and extraordinary adventure before we had even met.

Today we have 19 full time staff and 8 part time staff. And we are all Freemote i.e. Freelance and full remote!

We've committed our teams to 8 countries and 3 continents and we're looking for talent wherever it is, without being constrained by any geographical limits.

The The model Freemote model in a nutshell:

- 1 Job for one assignment

- No contract duration, no number of hours

- Remuneration that covers everything (no individual bonuses, car, insurance, etc.)

- Co-working available (for those who want it)

- No management in the hierarchical sense. One leader per subject!

- No hours or office space

And how did we manage to create a corporate culture?

- A strong vision and clearly defined values, shared by all

- Face-to-face events all over the world (co-living model)

- A maximum of team video-conferences - creating moments of exchange is essential!

- Benevolence at all levels

- A culture of feedback and transparency

- Everyone sets their own objectives

In conclusion, having a company of 20 people in Freemote means having 20 bosses!