David Graeber is dead but the bullshit jobs are still there 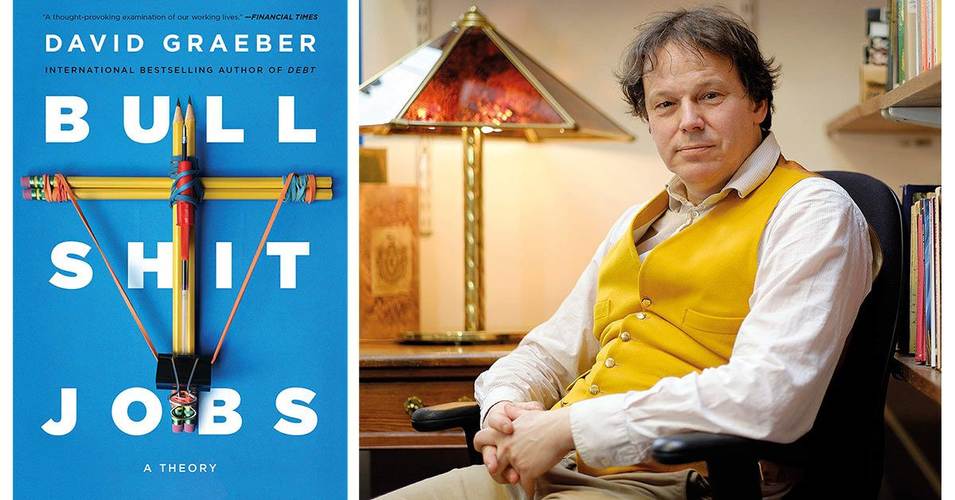 In 2013, he wrote an article in the magazine "Strike! "magazine in 2013 to denounce the harmful effects of "stupid jobs", those jobs that maintain job dissatisfaction. A disease that currently affects 85% of employees worldwide.

However, it was not until 2018 and the publication of his book "Bullshit Jobs" that he refined his thinking and put down on paper a typology of these famous "stupid jobs" that he divided into five main categories.

For David Graeber, these employees are modern domestic servants. They are there to "allow someone else to look or feel important".

These employees work in a job that "appears to be devoid of any positive social value" and which they "consider intrinsically manipulative and aggressive".

These employees spend their time dealing with problems that should not exist. They make up for mistakes made by their bosses, fill a lack of organization, or perform tasks that could be automated.

According to David Graeber, these employees allow an organization to "pretend to do something that it is not actually doing," such as conducting improvement surveys but not implementing any of the findings.

David Graeber distinguishes two sub-categories. The first is taskmasters who "assign tasks to others," and whose work can be useless if their subordinates work independently. The second subcategory is that of small leaders who "create stupid tasks for others".

The bullshit jobs are on the rise

In an interview with the French daily “Le Monde”1, David Graeber recalled that "[bullshit jobs] have multiplied exponentially in recent decades. To be convinced of this, one only has to listen to employees who are aware of the low utility of their jobs (...): the consultant, whose reports are not read by anyone, the assistant stirring the air because his boss needs to justify his hierarchical position, the business lawyer earning money solely thanks to the errors of the system... Millions of people today suffer from a terrible lack of meaning, coupled with a feeling of social uselessness. This may seem paradoxical: in theory, the market economy, which is supposed to maximize profits and efficiency through competition, should not allow these useless jobs to exist. ».

For the anthropologist, the problem lies at the heart of the system, which is based on "a form of managerial feudalism. Since the post war boom, salaries have fallen in relation to profits. The latter are captured by the financial sector, which redistributes them to a small number of people, as in the Middle Ages, through a complex set of strata and hierarchies. "As a result, job dissatisfaction is more prevalent than ever because "men derive their happiness from the feeling of having a hold on the world. To contribute to its smooth functioning, in one way or another. The spiritual violence generated by the meaninglessness of bullshit jobs, just like the feeling of uselessness and imposture, is destructive, morally and physically. "

So if you are trapped in such a job, don't hesitate to run away from it for a job that makes sense and corresponds to your true aspirations. "If it takes you more than 10 seconds to describe your professional activity, chances are that you are concerned," David Graeber used to say. So take the test and, above all, take action.

A new job for a new life

David Graeber is dead but the bullshit jobs are still there

Brown-out: say no to bullshit jobs

Job dissatisfaction: A plague on our society and our economy